Picking the right surfboard shape is not easy, especially if you’re not a pro. In this surfboard buying guide you will find all you need to know to make the right choice.

With more watertime this year than ever before, I felt a surfboard shape that represents my riding style could  improve my surfing and make a lot more fun. During the last couple of weeks I had intensive exchange with Sam, the shaper of Bob’s Boards and Rik, owner of the Magic Board Center in Lagos, Portugal. I learned how different parts and features influence the performance, tested some boards straight away and found the setup I was looking for.

A wide variety of basic shapes.

Surfboards come in all different kinds of shapes: From the very short egg-style funboards to longboards and serious big-wave guns. Some of the shapes are for very specific conditions like guns. They are made for waves from 3m upwards where you need to go fast and rather straight. A gun is therefore completely useless in small waves. The fish or egg, on the other hand, is made for such conditions, giving you a lot of volume compared to the size and thus allowing to take off earlier and surf waves that aren’t too powerful.

In average conditions the choice falls to longboarding or shortboarding. Longboarding is more laidback and easy going while shortboarding gives you more of that skateboardy feeling of moving with gravity. Therefore my choice is clear. As long as I can do it physically, I’ll be a shortboarder.

Funboards and hybrids are the in-betweens, giving you the best of both worlds. With a wide range of conditions they work in, they are as considered to be your beginner- (funboards a.k.a. Mini-Malibu) or intermediate (hybrid) board.

Which is the right surfboard shape for you?

Depending on your level, you will need different shapes to get the maximum fun and progress out of a board. Fancy a shortboard yet you aren’t fit enough to paddle it or lacking the level and the balance to ride it? As a result you’ll be really frustrated. Usually people tend to choose surfboards too short. Volume is your key to fun. You need the right amount of floatation that allows you taking off early and thus increases your wavecount. There are a lot of different surfboard buying guides and shapers that provide volume calculators out there, find one and add some volume. It may hurt your ego but you will get more waves.

“…foam is your friend…don’t be scared of it. A little bit of extra foam here and there is good for the soul… and your surfing.”
– Rob Machado

As you pass the surf-school phase, your first board will likely be a mini-malibu or funboard. It will let you paddle fast and take off with ease. Past the funboard, the hybrid-boards are your next step.They allow you to make your first maneuvers and get used to shorter boards. If you eventually master the hybrids you can consider a shortboard. But be aware: a shortboard demands a lot of paddle power and if you don’t live at the sea, shoulder exercises prior to your next surftrip are mandatory.

Apart from the basic shapes that define the style of your riding and the kind of waves you are going to ride in general, surfboards have a couple of key features that further define how they behave in the water.

Surfboards with low rocker keep more surface area on top of the water, allowing the rider to generate more speed when paddling and surfing. This is in contrast to boards with more rocker, which have less surface area on the water and, thus, do not pick up speed as easily. On the other hand, rocker gives you the ability of doing quick and narrow turns, so a board with more rocker will generally be more agile while with less rocker, you will go down the line, having a hard time doing maneuvres.

Harder rails best suit the modern shortboard. They will knife into the water’s edge easier, making it plane faster and turn quicker. This is because that hard edge, especially in the tail, allows the water to abruptly release from the board’s rails, creating more maneuverability and speed. If the surfer is so inclined to use his rails rather than rely heavily on the fins, it also allow for long drawn out rail turns.

On the downside, hard rails with edges make pivotal turns more difficult. These rails are generally better in large, steep and hollow conditions. The hard edge allows the board to gain a firm hold in the wave and remain stable at faster speeds. The compromise is in rail volume. Even a shortboard must have thicker, softer rails in the center of the board if it is to float the surfer. The nose and tail volume will remain thinner and harder for speed and performance.

The most important role of the nose comes into play when you drop into a wave: boards with a round nose are easier to paddle, glide better and give a lot more stability. That’s why longboards typically have a round nose. High performance boards in comparison have a pointed nose to allow deeper turns. Another plus: less volume in the nose means easier to duck dive. This can be a big advantage when it comes to getting into the lineup.

Almost any tail design can be blended into any template. Many of the designs have very subtle influences on performance. When looking at tail shapes, remember that curves hold water flow whereas corners allow water flow to break away. The tail width is usually a more accurate indication of board performance than the tail design.

The squash tail is the most popular tail for a shortboard: it’s very responsive, provides a lot of surface and planing area, contributing to speed and lift and helping to maintain speed in slower spots. The rounded corners provide a bit more bite and control than the round tail, and the square end allows the board to release. The corners allow for more abrupt turns.

The square tail is like the squash, but the pointed corners create more square turns with less release and more bite.

The round Tail is popular on shortboards where maneuverability is key. A round tail will provide more release off the top of a wave than a squash or swallow tail, however it makes square turns off the bottom or mid face a bit more difficult without a corner to work with, such as exists on a squash or swallow tail. Round tails help direct the water around the end of the board and provide more stability in hollow, fast surf.

Pintails are designed to provide maximum control and surface hold on the wave. They have minimal surface area and come to a point at the end with little curvature. This  decreases the lift on the tail and allows the point to dig into the face of the wave, causing the board to “track” or maintain direction. Pintails are used almost exclusively on big wave gun surfboards, where control is the most important element.

The swallow tail provides more surface area from rail to rail, allowing for planing speed and lift. The tail of the board curves down to two points as in a squash, but the area between those points is decreased by a cutout resulting in two soft points. They act like dual miniature round point tails, but without the pronounced “tracking” that a pin provides. The swallow tail is generally good for small waves, or for surfers who want a board that sticks during deep carves.

The bat Tail is rare surfboard tail design. It’s a version of the swallow tail and essentially performs the same way. Helps keep the tail wider so the rails can run straighter down the length of the board. The center point of the bat tail adds a bit more stability.

Wings are shifts in the template that alter the rail line. They vary in placement, as well as in how pronounced they are. The shaper can use them with any rail design to set up a break/pivot point in the rail line that will loosen the board’s turning characteristic.

The diamond tail is a lesser used tail design now that the squash tail has become more popular. The original intent of the diamond tail was to soften up the square tail but keep some of its speed.

Now once you decided which board is best for you, you have to choose fins. There again, you have endless choices and compared to the board itself, the differences are barely visible sometimes. Fins are the multiplier: they can boost the character of your board and they can kill it. Imagine your shape as a “4”, the fins can make it anything from “2” to “8”. FCS gives you a good overview on their different fins which for me was a nice starting point.

The subject matter is indeed very complex and each of the chapters above could well be a post of it’s own. This surfboard buying guide should give you an overview over the most important knowledge about surfboard physics. Even more important is to educate yourself: talk to fellow surfers and shapers, try different boards. It will sharpen your image of the best possible setup for you.

It lies in the nature of a board itself that there is no perfect surfboard and there never will be. All the features have their advantages and disadvantages and some of them as well antagonize each other directly. Be aware of that and try to find that magic stick for you in your specific situation. 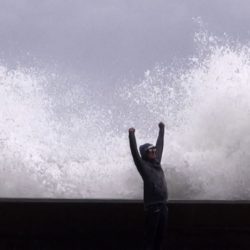 A bit of everything. 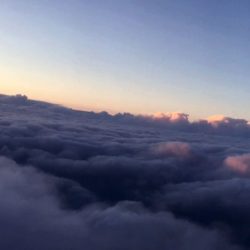 We’re on the island! 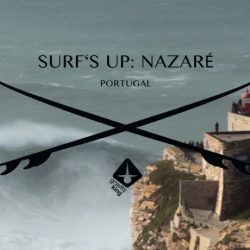