I always wanted to see La Grave but it never happened. Whatever reason crossed my plans and it almost looked like i fucked it up.

The last two years it was not clear if La Grave will continue to be the most sought-after freeride destination in the Alps. The lease for the lift ends in June and it was long unclear if and who will take it over.

The end of La Grave as we know it?

Some voices already claimed the end of La Grave, and the local community was just as afraid of a scenario with a big company taking over. By installing a ski resort (or connecting it to Les Deux Alpes) they would ultimately carry to the grave what La Grave is famous for: open terrain, raw mountains and the atmosphere that comes along.

“Signal de La Grave”, a crowdfunding campaign wanted to claim the future of La Grave, but didn’t make it into the final bidding round. As “Compagnie des Alpes” who runs nearby Les Deux Alpes and some of the major resorts in the French Alps pulled out in mid March, it was up to SATA to take the lease. The company in charge that also runs nearby Alpe d’Huez seems to be the second best option for La Grave.

As alpedhueznet.com stated, the La Grave village council approved the proposal last Friday (28.4.) and the contract will be signed somewhere around the end of next week. It involves the renovation of the existing facilities and the construction of a new gondola to the top of the Dome de la Lauze at 3’586m. SATA will take over operations by June, 15th.

Even though winter just had it’s last uprearing, we can finally start dreaming about the next visit in La Grave. And it will be in powder conditions, that goes without saying.

Sometimes less is better than nothing.

I wanted to see la Grave for almost 20 years but somehow never made it. This April we were around the corner when we visited Sestriere with Maverick Snowboards. I knew this was the best opportunity I’ll ever get and with a difference of 15 minutes between driving home the way we arrived and driving through La Grave, it was a quick decision to make it happen. A parking full of ski bum vans at the bottom of the cable car indicated that we arrived in the Mecca of freeriding.

We just couldn’t find out because the snow conditions were on the terrible side of the spectrum this spring. Like almost anywhere in the Alps. But why not taking the opportunity and go for exploring while getting into the vibe?

The weather didn’t allow for too much sight seeing, but the views we got were spectacular. And we definitely felt the vibe, be it the French skiers straightlining mogul sections with ease or the significant amount of monoskis, a long forgotten concept that unites the disadvantages of snowboarding and skiing altogether in one equipment.

Spectacular terrain all the way down.

The world famous “Téléphérique des Glaciers de la Meije” covers 2’150m of vertical drop from the top all the way to the bottom, 50m below La Grave itself. The lower part wasn’t skiable so we had to cut in to the first station P1 at 1’800 meters.

Needless to say, a vertical drop of this extent covers a wide variety of terrain. From the glaciers and the really challenging alpine stuff at the top it drops into the “Valons de la Meije” all the way down to the river over wide meadows. You will find countless options for your lines and that’s only one of the two possibilities. You could either take the turn-off into the “Valons de Chancel” instead, with terrain at least as spectacular.

Be aware that most of the top stuff involves alpine techniques. Rapelling into couloirs is a common challenge and lots of the lines are on glaciers. So you need to know a bit about rope handling and crevasse rescue. For most of us, hiring a guide is the best option anyway. I am pretty experienced in freeriding but getting into new terrain is always a bit intimidating. Having someone who knows where to go helps.

If you’re more into tree skiing, check the birch-tree spawned lines between stations P1 and P2 at 2’400m. To some, these tree-runs are the best La Grave has to offer.

How to get there.

The shortest way to get in is from Grenoble. Unfortunatley, the main road has ben closed due to landslide risk since 2015. There is a makeshift relief road but it’s closed quite often during winter so the best bet is to get in from the Italian side trough Briançon and the “Col du Lautaret”.

If you make it at daylight it’s a very scenic drive by the way and you could check out the vast ski area of Serre Chevalier on the way. La Grave is definitely worth a visit and we will do so next winter. Subscribe and/or stay tunded for more. 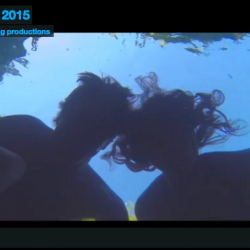 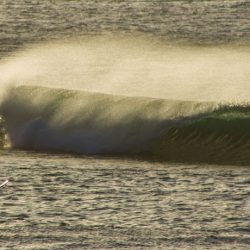 Join us surfing the Azores this spring. 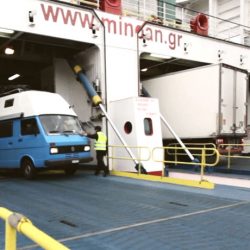