The Azores have lots of nicknames. The “Hawai’i of Europe” is one of them. But the Archipelago is also referred to as the “Europe’s Weather Kitchen”. Sitting in the middle of the Atlantic Ocean, they get almost any storm that travels from west to east.

Where weather is made.

The interplay between the high pressure Area more or less around the Azores (The Azores High) and the Icelandic low pressure area plays a large role in defining the direction of the path storms take over the Atlantic Ocean. Hurricanes for example tend to hit the Gulf of Mexico if the Azores High stays further to the south while they travel up the US west coast when it’s further north. The interaction between the two areas also defines where low pressure systems and therefore storms make landfall in Europe. The whole system is pretty complicated in fact, and Wikipedia is a good place to start if you have a deeper interest.

How it affects the islands and the surf.

Long story short, there is almost always something going on in the atmosphere during springtime. It’s what makes the difference: the mix between clouds and sun rays makes for intense colors. This applies especially for green and blue, so from water to vegetation, it’s pure eye candy. The often strong winds make it hard to find good surf sometimes as it’s often blown out. But if you’re not terrified by surfing in 50km/h offshore winds, you will almost always find a spot that’s working. 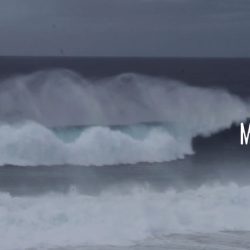 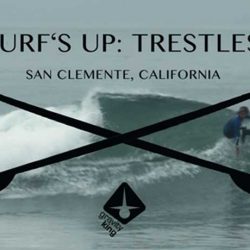 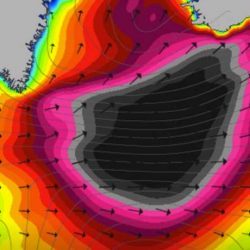